Prior to the events of the Killing School Trip, all four girls were classmates of Hope's Peak Academy's Class 77-B. They were also friends with a Reverse Course student named Sato, who Mahiru introduced to the other three. At one point, the five girls discovered a corpse in the music room. It was later revealed to be the body of Fuyuhiko Kuzuryu's younger sister, who Sato had murdered after she had threatened the life of Mahiru. Not long after, Fuyuhiko killed Sato after he had found out that she was the culprit behind his sister's murder.

Ibuki and Mahiru are Hiyoko's closest friends, and while Hiyoko tends to bully Mikan, Mikan still tries to be nice to her and befriend her. Mahiru and Hiyoko's friendship begins in Chapter 2, when Mahiru offers Hiyoko to wear her kimono right, the both of them then become quickly best friends and Hiyoko even calls Mahiru "big sis." Mahiru is seen to be friendly with all the girls in the group, Mikan, Ibuki and Hiyoko are all very good friends to Mahiru. While Mikan and Hiyoko are somewhat friends, they are not seen to get along that well, due to Hiyoko constantly bullying Mikan.

Ibuki is Mikan's closest friend, when Mikan falls into humiliating poses, she is seen to take joy out of this, however no real harm is meant on her side. She also constantly calls Mikan "adorable," and Mikan is seen to be very shy around her. She's also referred to as Mikan's best friend in Danganronpa S: Ultimate Summer Camp. Ibuki is also seen to get along with Hiyoko. Even though Hiyoko likes to pick on her, she thinks of her as a good friend, and enjoys her company.

The four girls are a popular group in the Danganaronpa fandom, and they are often featured together in both official and fan-created content. One reason may be because each of the four girls are very distinct from each other in terms of personality, with Hiyoko being rude and vulgar, Ibuki being energetic and outgoing, Mahiru being calm and sensible, and Mikan being meek and timid. This makes for a unique group dynamic between them.

Being a member of their friend circle as well, Sato is also often included in the friendship. However, as a result of her being a rather minor character with minimal screentime, even in Danganronpa 3 - the one time when she got to be more than just a posthumous character; she's often overlooked. This happens both in the official promo art featuring the group as well as fan art and fanfictions. Another reason for this may be because she was only ever shown being close to Mahiru as opposed to interacting with everyone else in the group. Sato might also be excluded from the friendship by fans of Soapies who don't want her to get in their way.

However, because the girls are so different, there are some who question the believability of them being close friends at all. One example of why is Hiyoko's cruel treatment of Mikan, which the other girls ignore and let it happen, both during their time at Hope's Peak Academy, as well as during Killing School Trip. This might result in some fans preferring Mikan's friendships with the Ultimate Imposter and Ryota Mitarai, as they were shown truly caring for her instead. Another example can be Ibuki being somewhat distant from the other three. The latter also goes for Sato, who's only ever seen with a closer bond to Mahiru. 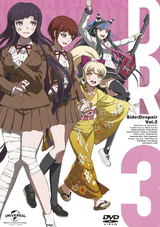 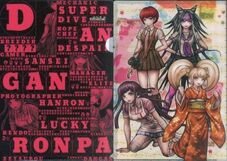 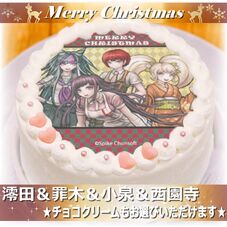 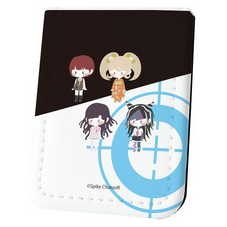 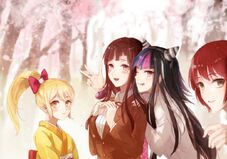 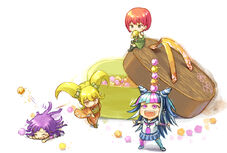 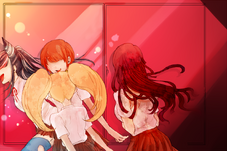 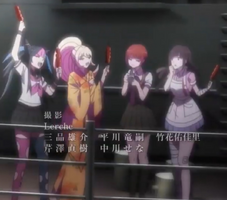