UPDATE: The 2016 Greatest Love of All Couples Tournament has ended! The winner is our favorite couple from The CW's Arrow: Oliver and Felicity, commonly known as Olicity. 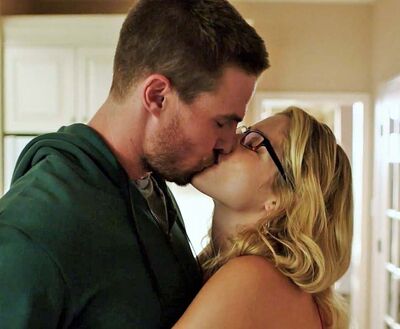 A big THANKS to everyone who participated in the bracket tournament!

Love is in the air, which is why we're bringing back the fan-favorite bracket tournament from last year. Presenting...the 2016 Greatest Love of All Couples Tournament!

This year we have 64 famous couples from movies, TV, games, books, and more competing to be the greatest couple of the year. Vote for your favorite couples, like Han and Leia from Star Wars or Ruby and Sapphire from Steven Universe, to decide which couple is the greatest one of all!

COME BACK NEXT WEEK TO VOTE IN THE FOLLOWING ROUND!

Retrieved from "https://shipping.fandom.com/wiki/User_blog:Asnow89/The_Greatest_Love_of_All_-_Couples_Tournament?oldid=39814"
Community content is available under CC-BY-SA unless otherwise noted.