Variro is the slash ship between Hiro Hamada and Varian from the Disney fandom.

Hiro and Varian never met due to them being from two different Disney film/TV series fandoms. As Hiro is from Big Hero 6 (which is based on a Marvel comic book series of the same name), while Varian is from Tangled (which is based on the fairy tale Rapunzel). Where both Disney franchises have their own follow-up animated TV series, Hiro is from both the CGI film and the animated TV show of BH6 while Varian is a recurring character from Tangled: The Series alone.

Both Hiro and Varian are dark haired, 14 year old scientists, who are determined as well as stubborn. Along with Varian having a raccoon for a companion while Hiro has Baymax which is a robot, Hiro also has a pet cat that belongs to his aunt and guardian. Hiro had lost both of his parents at a young age and his older brother a few years later, while Varian had also lost his mother and had went through a hard time where one of his well-meaning formulas had sealed his father within an amber-like prison and had went down a dark path in hopes that he'll be able to free Quirin, until Varian redeemed himself and his friend Rapunzel was finally able to help him on the subject. Hiro had nearly went down the same kind of path, when his rage and desire for revenge caused him wanting to harm the person responsible for Tadashi's death, if it wasn't for Baymax showing Hiro recordings of Tadashi testing his creation, along with Hiro's friends and superhero teammates being there for him. Varian on the other hand had no one to calm his rage at the time he had first swore vengeance towards Corona and its people, and sometime after his defeat Varian began to reflect on his rage filled actions, along with him wanting to make up for them. Which he did and had tried to tell Cassandra to not go down that same path, Hiro had also failed to reason with Callaghan (during the final battle), he was however able to reach out and save Karmi when she was turned into one of Liv/Di's mutants. Varian also had his own kind of encounter with a type of mutant creature, when he used one of his formulas on Ruddiger.

Hiro specializes in robotics, and had spent some time in the underground world of bot-fighting, while Varian had manged to crate an army of automations after coming across one in the underground tunnels, along with him building an automation-like mech. Hiro is also the one who makes Big Hero 6 their gear and armour, along with a few other useful contraptions, like vehicles and program chips, to help them in their superhero duties. The antagonists in their TV series had tricked Hiro and Varian to use their skills and the projects they have been working on in order to build and find the keys they needed for their main goals, along with both of them being held prisoner and were kept in a type of cell/cage by Obake and a corrupted Cassandra, until they were saved by a friend. Along with them and their friends making sure that they stop their own destructive creations before they are used to destroy their home city and kingdom. Their times getting in trouble with the law, in their own ways, had even gotten both of them cuffed by lawmen and placed in a prison cell for a time. The two had even committed their own acts of thefts, due to Varian needing the power of the Sun-Drop Flower to free his father while Hiro was blackmailed into doing so by both Yama and Momakase. When Hiro teamed up with Momakase at that time, the purple lenses on his black ninja-like mask were a bit similar to the green lenses that are on Varian's iron-like mask, that he worn when he kidnapped Queen Arianne; along with Varian wearing a black piece of clothing when he had temporally sided with the Separatists of Saporia.

The two also have female friends with blond and black colored hair, that are also similar to each other in personalities and a few other traits. Since both Rapunzel and Honey Lemon have skills in art, are kind hearted and act as caring older sisters to Varian and Hiro, along them working together in order to obtain an old journal that belonged to important and historic figures in their Disney worlds. While Cassandra and Go Go are viewed tough girls who fight their own fights. The two also know and had befriend female thieves that they had lend a hand to, even though Hiro's friendship with Trina had ended once he learned the truth about her, but he did sympathy with Momakase once he learned why she needed his help, while both Varian and Angry/Kira and Red/Catalina have helped each other out when they were trapped in shell and the two later came to Varian's aid when he was kidnapped by Cassandra. There has also been an occasion where Hiro needed the help of others in order to escape from a trap cage.

Though it's a rare ship, it does have several followers. With a couple of fanfiction and a few fanarts. There have even been times where the two were seen as just simply best friends in a brotherly kind of love.

While they are the same, they also have different personalities that could cause some problems. Since Varian wanting to get revenge and will ignore morals to get it while Hiro knew all too well what that was like and try to talk some sense into Varian. They balanced each other out by Hiro telling Varian that his dad will always be with him and be proud of him if Varian simply forgive others and himself.

Variro on the Rise of the Brave Tangled Dragons Wiki 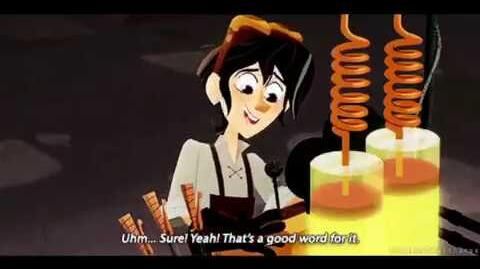 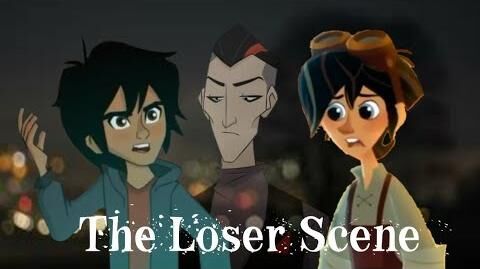 The Loser Scene Hiro and Varian (Be More Chill AU) 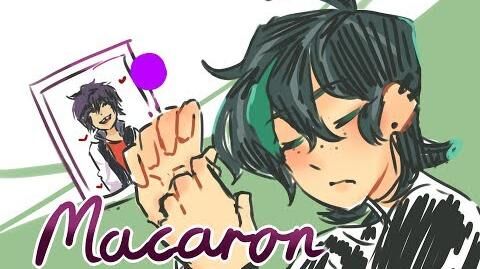