Varunzel is the friendship ship between Varian and Rapunzel from the Tangled fandom.

Sometime after Rapunzel's hair grew back and had her first nightmare about the black rocks, that are believed to be the cause of it, she knew that she has to find answers about her returned hair. So when Cassandra tells Rapunzel about a wizard she heard about called Varian, she began to believe that Varian would be able to help her. When they got to Old Corona, Rapunzel was surprised to learn that the wizard was actually a fourteen year old alchemist who doesn't believe in magic and was humble to be in the princess's presents, while Rapunzel asks Varian to call her by her name and not her title before they got to work on her hair.

In "Happiness Is..." Rapunzel finds a magical idol that grants her happiness with the visions it gives Rapunzel of her loved ones back in Corona, but when she was about to give the idol away to the Lorbs and then became consumed back its power when she tries to take it back, it gives her a terrible vision of Varian in his enrage villain state. As he greats her before threatening to use her father in one of his experiments. Because that frightening vision of Varian had helped to open Rapunzel's eyes to the danger the idol brings to those who seek its power, she knew that she has to destroy it before the island tars itself apart.

When Rapunzel was away on her journey, Varian's time in prison had allowed him time to reflect on his actions towards her and the rest of Corona that he had began to regret, but knew that his crime wouldn't him able to gain back Rapunzel's friendship or the rest of Corona's forgiveness no matter how sorry he is. Which is why he agreed to help the Separatists of Saporia take over Corona, with the promise of not hurting anyone while his yet to ne finished memory erase formula causes everyone to forget about his crimes and can become Rapunzel's friend again without any worries of his misdeeds. Even though he was really trying to cover up what he had done and is working to regain Rapunzel's trust the wrong way.

Once Rapunzel hears that Corona is in trouble and needs her help in "Rapunzel's Return", she and her traveling party return to the kingdom and after he realises that something is wrong with her parents Varian and his new friends from Saporia make themselves known to her. Rapunzel was shocked to see Varian again and was horrified that he is the reason they were able to take over Corona, along with wanting to stop him from erasing everyone else memories like he had already done to her parents. After Rapunzel and her friends mange to from the castle, before she and Pascal sneak back in to stop Varian but ends up getting captured before she could, Varian goes to see Rapunzel in her prison cell as he tells her what happens to people that can't keep their promises and that once his formula is done they'll be friends again. Rapunzel on the other hands tries to reason with Varian as she reminds him that the people he is about to hurt haven't done anything to him, to which has Varian explaining to her that his actions aren't because of what they did to him but what he alone had done to them and that is why no one would ever forgive someone like him, seeing where Varian is coming from Rapunzel tries to tell him that he should at least try to earn their forgiveness the right; but Varian's guilt and shame made that hard for him to see that approach from actually happening. Rapunzel's return, however, had caused a problem for the Saporians as they want to change the plan that Varian had agreed to after they realise that Varian's unfished formula explodes and that they should use it to burn Corona to the ground. Varian on the other hand didn't want innocent to get hurt in that way and turns against his now former allies, to which pleases Rapunzel as it shows that there is still good within Varian, even though Varian throwing the wrong bomb at the Saporians gets him locked up with Rapunzel.

In the cell Varian mentions that all he ever wanted was for his father to be proud of him, but because of his villain action mistakes towards Corona he would of been ashamed of him. Hearing the regret in Varian's words and because of what had happened between her and Cassandra, Rapunzel tells him that she has recently felt the pain of betrayal, like he had after the blizzard, and that Quirin would be proud of Varian standing up to Andrew the way he did once he realized that he was on the wrong side and choice her as the right side, to which brings a smile to both of their faces. After Eugene and Lance came to Rapunzel's rescue, she tells them that they are going to need Varian's help in saving Corona before the Saporians get the chance to set the kingdom a blasé, to which causes Varian to smile at the trust and faith Rapunzel has for him despite what he has done.

While Eugene and Lance go to save the King and Queen, Rapunzel and Varian steel themselves away on the Saporians' giant airship so Varian could use his alchemy to make the Quirineon harmless before it could be used, along with using Rapunzel's hair to catch the barrel Andrew threw over board before it could land on the ground. As the two set themselves on deck, she battles the Separatists while Varian disables the ship and jettisons their enemies, but they were still losing the altitude quickly, and the two knew that once they crash the Quirineon would explode and destroy Corona anyway. Varian quickly came up with idea of using the Quirineon to the disabled airship more altitude so it will explode out of reach as long the ships stays high above in the air, and because he wants to atonement for his misdeeds, Varian volunteers to do the deed. Rapunzel on the other hand, knew that the ensuing explosion will kill him, so jettisons him off the airship and back onto the ground where he would be safe from the explosion, while her strong magic hair will shield her from it. After the deed was done and Rapunzel got herself safely back on the ground, where she is greeted by Eugene, she tells him that there is something that she needs to do. Finally help Varian free Quirin from the amber.

After Varian had changed out of his villain attire, along Rapunzel finishing to wrap stands of her hair around Quirin's amber prison, she tells Varian that what she is about to do, and had learned in her long journey, is very dangerous as she wouldn't be able to stop the decay incantation once she begins to sing it and will need him to snap her out of it before any harm comes to him or his father. Knowing what Rapunzel is asking of him when she hands Varian a bucket of water to bring her out of the trance, he promise her that she can count on him. Once the Decay Incantation began to slowly melts away the amber and notice that Rapunzel is still chanting, Varian threw the bucket water at her out it didn't work as it dried up the moment it touched her. In a panic Varian tries to shake Rapunzel awake, only to have his gloves dissolved on contact while his hands were left unharmed. Before he tried to touch her again, but then decided against it, and was stilled by the fact that Rapunzel never gave up on him, Varian decides to declare his refusal to not give up on her, to which stirs her to awake from the trance before Rapunzel collapse onto her knees. Once Varian was assured that Rapunzel is already gives her a "thank you" hug for freeing his and finally being able to for fill her promise to him, before he dashes to Quirin's side. Varian later attends Corona's celebrates of a new beginning with his proud father, while Rapunzel serves as the acting Queen since her parents' current state prevents them to doing their royal duties and roles.

Because of the big age gap between them, fans prefer to ship them as friends or to have Rapunzel as a big sister like figure to Varian. Before Varian became a villain, in the second half of season one, and after he was redeemed, at the beginning of season three.

After the events of "The Quest for Varian" revealed that the black rocks had came from a drop of moonlight, just has a drop of sunlight had created the Sun Drop flower before Rapunzel became the human host of its healing powers, fans had theorized Varian could had been the human host of the "moon drops" power in which would link him to Rapunzel through the powers they hold within them; along with having his hair blue like hers but in a blue color instead of yellow. Before "Destinies Collide" disproved that theory that later became a popular fanon AU within the Tangled fandom, a few versions of Moon!Varian have Gothel kidnaping Varian for the power he holds and raises him beside Rapunzel in the tower in which has the two growing up together as siblings. There have even been a few role swap AUs that commonly has Rapunzel and Varian switching places and sometimes color schemes with each other, for fun as fans have Rapunzel as an eighteen year old alchemist and Varian as the young lost prince. Along with there being fans who have Varian joining Rapunzel on her journey in season two. 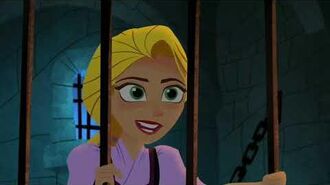 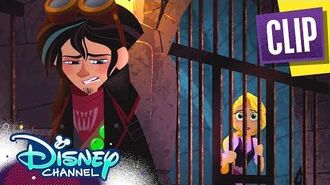 Cassunzerian refers to the ship between Cassandra, Varian and Rapunzel

Retrieved from "https://shipping.fandom.com/wiki/Varunzel?oldid=187762"
Community content is available under CC-BY-SA unless otherwise noted.