Victuuri is the slash ship between Victor Nikiforov and Yuuri Katsuki from the Yuri!! on Ice fandom.

Yuuri is a fan of Victor Nikiforov and was inspired by him to pursue a career in skating. Yuuri viewed Victor as a role model and dreamed of one day surpassing him. Yuuri even named his poodle, Vicchan, after Victor, further showing his great admiration.

In episode 7, it starts off with Yuuri being nervous and tired, having been unable to sleep the night before. Victor advises Yuuri to nap until just before the competition, but Yuuri is too worried to get proper rest. With each ongoing performance, Yuuri is increasingly worked up, which leads Victor to bring Yuuri to the parking lot where the sound of the performances would hopefully not be able to reach them. With Yuuri's turn fast coming up, Victor is at a loss of how to motivate Yuuri, and decides to pretend to step down as Yuuri's coach. This draws out tears from a distraught Yuuri who begs Victor to have more faith in him. Feeling much better after crying, Yuuri executes his free program and shocks the audience by changing his last jump to Victor's signature quadruple flip. Yuuri rushes over to the kiss and cry to celebrate, and is overcome with surprise at being greeted with a kiss from his coach.

In episode 10, before the Grand Prix Final begins, Victor and Yuuri exchange gold rings in Barcelona, Spain. In episode 10, we also find you that at the GPF (Grand Prix Final) - held in Sochi, Russia the previous year - banquet, Yuuri drank 16 glasses of champagne as he was feeling anxious, awkward and depressed after the death of his dog, Vicchan and the failure in the final. Once he had drank the glasses of wine, he ended up stripping, dry humping, pole-dancing with fellow skater Christophe Giacometti and having a dance competition with Yuri(o) Plisetsky and Victor Nikiforov, in no particular order. Before the dance battle Yuuri asked Victor to be his coach if he won the dance battle, which is why he came in the end of episode 1, on a (not so) supposed whim. During this speech we get a zoom in of Victor's face and his eyes seem to clear up and shine brighter, implying that he had fallen for Yuuri at that moment.

The ship between Victor and Yuuri is the most popular ship within the Yuri!! on Ice fandom, due to being the central relationship in the series. It is perhaps one of the most popular yaoi ships in the anime genre, mostly due to its positive depiction and canonical status.

Critics have praised the relationship as it differs from the strictly sexual gay relationships typically seen in the anime genre. Some even refer to it as a revolutionary change in the genre.[1] Japan's stance on homosexuality is not as progressive as other countries, some areas have not legalized gay marriage and the yaoi genre is known for its fanservice toward female fans.[2][3] The "Victuuri" ship is known to subvert typical homophobic themes in anime, and instead depicts a relationship that is both progressive and epitomizes equality.

“Their relationship exists somewhere beyond any sexuality, meaning it doesn't fall into the same traps that a lot of yuri and yaoi relationships do ... While this isn't the first anime with a same-sex couple at the forefront, it's one of the first to present a story that isn't strictly sexual and is mutual. Yuri and Victor complement each other, but both also admit that they've grown as people because of the presence of the other. The equality in their relationship is revolutionary, even if it wasn't the first to depict one.”
— Carli Velocci of Geek.com 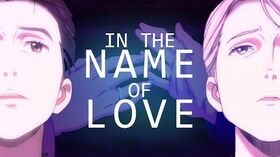 AMV In The Name of Love Yuri!!! on ICE 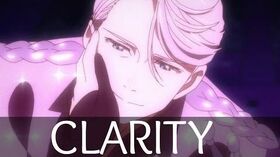 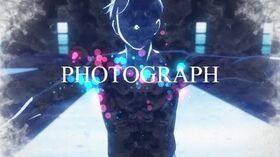 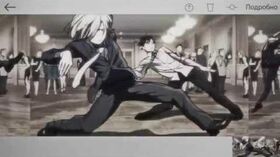 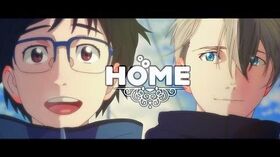 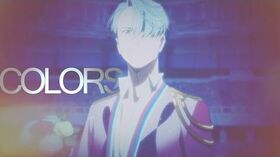 Colors Victuuri
Add a photo to this gallery

Retrieved from "https://shipping.fandom.com/wiki/Victuuri?oldid=197012"
Community content is available under CC-BY-SA unless otherwise noted.