• Battle Couple - Standard for a DnD pair.
• Hair Contrast Duo - Fiery red and dark purple.
• Interspecies Romance - A tiefling and a human.
• Opposites Attract - Molly is an ostentatious loud mouth who craves attention, while Caleb is a socially awkward, anxious and angst driven person who prefers the company of himself.
MOMENTS
• Anywhere But the Lips - Molly kisses Caleb on the forehead after snapping him out of his PTSD attack.
• Wall Pin of Love - Not love, but Molly pins Caleb to the wall after he loots all the bodies for gold as an act of intimidation. And a million fan fictions were still written.

Widomauk is the non-binary ship between Caleb Widogast and Mollymauk Tealeaf from the Critical Role fandom.

Caleb is siting in an inn with a few other people when two members of the carnival walk in. They eventually join the table and introduce themselves as Mollymauk and Yasha. Caleb watches Molly start to read Jester's fortune and detects him for magic but finds none. Jester invites Caleb and Nott to join them at the carnival, but Caleb is a little skeptical. Molly suggests that he could be buying drinks for the people who went, thus spending more money, prompting Caleb to say he'll join them. Molly calls them all charming and returns to the carnival.

At the carnival a man suddenly transforms and starts to attack the audience. Molly, Yasha, Jester, Fjord, Beauregard, Nott and Caleb team up to fight the creature.

“I don't have any wizards - well, I have one wizard.”
— Mollymauk; Lost and Found

“Yeah, the only thing magical here is you friend.”
— Tired Caleb to Molly; Divergent Paths[2]

The ship is one of the most popular ships from the second Critical Role campaign. Most started to ship the two after Molly snapped Caleb out of his PTSD attack and kissed him on the forehead.

Most fans of the pairing continued to make content post-Molly's death. Canon divergence fics will typically have Molly live, but there are also one's for Caleb dealing with Molly's death. One's that have Molly live will write how he fit into each arc, as well as when him and Caleb eventually get together. Fans of the ship, and fans of Molly in general, tend to hope that he will come back from the dead, and become happy at any mention of him. Especially from Caleb.

Detractors of the ship often feel that it overshadows many other critical role pairings, and don't really understand why it is as popular as it is. This mostly comes from there not being as many big canon moments between the two, and most of the shipping coming from a more fanon based perspective. It doesn't help that a majority of Widomauk art and fic didn't spring up till after Molly's death, leading to a more fandom perspective on the pairing, that many don't quite grasp. 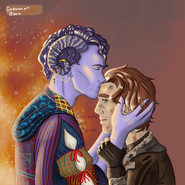 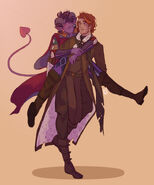 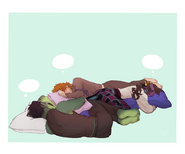 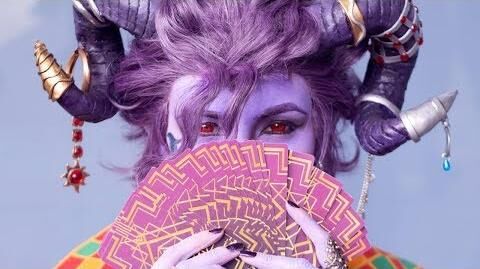