“A long time ago, Natalia Romanova made me remember what it was to feel human.”
— Bucky, Captain America #27

Winter Widow is the het ship between Natasha Romanoff and Bucky Barnes from the Marvel Cinematic Universe fandom.

While under the control of the Soviets, Bucky helped train Natasha at the Red Room Academy, and they fell in love. He often snuck into her room sleeping quarters to see her. Their relationship began to break down his Winter Soldier programming. As a result, they were forcibly separated from each other, and Bucky was put back into cryostasis.

Fifty years later, they were reunited and rekindled their romance. Eventually Natasha was captured and her memories were altered. Bucky is able to rescue her and retrieve her old memories, but the ones of their relationship were erased.

Bucky takes out the vehicle transporting Steve's shield and goes to get it out, but the person inside kicks him in the face. As he backs away, the person gets out of the car and he realizes that it's the Black Widow. Bucky says she didn't know she was working for Shield, but thought she'd be a lot older by now. She's says no luck and asks why he wants the Shield and who he's working for. He tells her that he doesn't work for anyone, and that he's here for a friend. Nat realizes that they weren't rumors and he was Bucky. She tells him to leave, since she doesn't want to hurt him, he tells her that he was about to say the same and the two fight. As they fights, Bucky thinks about he was the one to train her in the Red Room, and how she used to make him feel human before they were punished for it. He's able to go get the upper hand and knock her out, before leaving with Steve's shield.

The Winter Soldier attacked and shot Natasha while she was escorting a nuclear engineer out of Iran. She searched for him after the incident, but found nothing.

Five years later, she fought against the Winter Soldier in Washington, D.C. alongside Steve Rogers and Sam Wilson. He shot her a second time.

She fought the Winter Soldier a third time two years later at the Joint Counter Terrorist Centre Building in Berlin. As he strangled her, she asked him to recognize her.

“I was their secret weapon in the Cold War...or at least I was one of them. The Black Widow was another. Something about her touched what was left of my humanity. Buried under all that programming.”
— Bucky, Captain America & Bucky #624

As the ship is comic-canon, many fans would like it to be in the MCU as well. Otherwise, fans like the ship because of their involvement in the Red Room, as well as the way their personalities interact. Natasha is portrayed as stoic and Bucky is portrayed as a man not to be crossed.

Many fans speculate about one of Natasha's lines in Civil War. She and Bucky fight against each other while he is in Winter Soldier mode. As he is strangling her, she says to him, "You could at least recognize me." Fans usually interpret this to mean that Bucky helped train Natasha in the Red Room as he did in the comics. 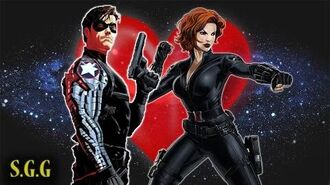 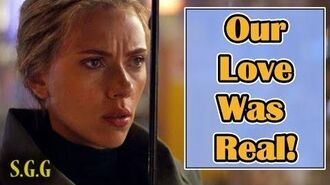 Retrieved from "https://shipping.fandom.com/wiki/Winter_Widow?oldid=166558"
Community content is available under CC-BY-SA unless otherwise noted.