Shipping Wiki
Register
Don't have an account?
Sign In
Advertisement
in: Ships, Ships/Het, Legends of Tomorrow/Ships,
and 5 more

Zaray is the het ship between Ray and Zari from the Legends of Tomorrow fandom.

Zari is a cynical hacktivist who is wounded by losing her family and thus is irked by Ray's eternal sunshine and optimism at first. They meet when they track an aberration to Zari's time, where she tricks the Legends into getting her brother's totem, which A.R.G.U.S. took after they killed him. Zari brings the totem to where she was supposed to meet up with her parents, but find it destroyed. Ray follows and tries to comfort Zari, saying her parents may have escaped. Ray tries to convince her to leave with him before Kuasa attacks, but Kuasa appears and almost drowns Ray before Zari stops her. In spite of seemingly only being out for herself, Zari faces off against Kuasa with her wind totem and helps Ray as they try to escape. The Legends show up to fight off Kuasa and save Ray and Zari.[1]

When they go to rescue Ray from an aberration which ends his life at 10, Zari is the one to connect most with Ray's younger self, giving her an appreciation for the kind of person Ray is, while also realising how her annoyance with him is really her own anger at the world that she takes out on Ray.[2] They form something of a bond and seem able to talk to and rely on each other. While in Vietnam 1967 the team uncover that the anachronism is Gorilla Grodd, which has Zari remarking that Grodd's just another imprisoned meta. Ray says he understands distrusting of A.R.G.U.S. considering what they become in her future, but Grodd is an exception as he's a psycho murderer and Zari agrees that he needs to be stopped. Together, Ray and Zari figure out that all of the anachronisms they've encountered so far has had a team member meet family/a doppelgänger.[3]

Ray – “Z, what are you doing?”
Zari – “What you would do, Ray. You know, when I first came on board, you were so nice and polite to me that I wanted to punch you. But I realize now the world would be a better place if we were all a little more like you”

During the Earth-X invasion, both Zari and Ray fight together with the other teams to take down the Nazis and avenge Martin Stein. After they win, they attend his funeral with the rest of the Legends and friends of Stein from other teams.[4] The legends get closer to Mallus when Constantine reveals he's trying to save a girl possessed by the demon, who turns out to be Darkh's daughter, Nora. While Sara and Leo help Constantine, Zari and Ray are tasked with going to 2017 to protect Nora from becoming possessed by Mallus.[5] Zari gets stuck in a time loop alone, where she goes through multiple emotions, even close to taking her own life as she starts losing hope that she can break it. Throughout this, Zari confronts her feelings about the team members and perpetual instinct to work alone. Before trying to sacrifice herself to save everyone from a bomb, Zari tells Ray that, despite her grumpy demeanour towards Ray's eternal optimism, she actually, secretly wishes that everyone in the world was more like him and that it would make it better. As the explosion's supposed to happen, Zari meets Gideon's corporeal form and learns that it all happened in her mind to prevent Zari leaving the team. Despite this, Zari retains how she felt during the simulation and cares about Ray and the team.[6]

The Legends futilely try to retrieve the Fire Totem from Mari McCabe's boyfriend, but it's already been stolen by Damien Darhk, who left a note taunting the Legends. Zari remarks that for a villain Darhk has nice penmanship and Ray concurs, as they eagerly engage in a discussion about it. When they return from their sojourn in 1717, both the coms and ship are glitching. Gideon apologises, but remarks that they parked the Waverider in the Bermuda Triangle. Ray says that's just a myth and as the power turns off, Zari sarcastically asks him if he's sure about that. While Zari tries to fix the ship, Ray persists that the Bermuda Triangle is just a myth as they're struck by cannonballs and have to time jump.[7]

Zari starts noticing that Ray may have a thing for Nora Darhk when they're all high on unicorn goo. Ray accidentally admits to Zari that he let Nora escape, but she promises to keep his secret. After they were able to send a blood thirsty unicorn to hell, Zari takes Ray on a time jump to when she and her mother lived in DC where she tells him how much she wishes that she could change a small part of her past for her mother's sake, but Ray knows why she hasn't gone through with it as the price of her actions could lead to Zari never becoming a Legend, the people she saved would be dead and they wouldn't have met or become friends. As they continue to watch Zari's mother spending time with her child self, she asks Ray in tears how people could have been "afraid" of her mother, all because she wasn't originally from the US.[8] Ray fashions a device to be able to track magical threats to the timeline, using his atom suit to navigate the systems, while Zari watches in the Captain's office, along with Mick and Sara. When Ray returns to his normal size in the office, he happily talks about this accomplishment to which Zari reacts with a snark. The device works and Ray and Zari, along with the Captain, travel to Salem in 1692. In a deleted scene, after returning to the Waverider, Ray asks Zari if she's thinking about making any trips back to 2018 to see her mother. Zari states that they'll never have to talk about it again, and reassures Ray that she's fine.[9]

Ray fashions a bracelet for Zari which has the air totem set in for ease of use and activation. As Ray goes on about its special features, Zari stops walking and blasts Ray in the face with a gust of air, prompting him to skip ahead to the main feature -- it has the air totem. Zari thanks Ray and says that she loves it. Ray replies that he should be thanking her, since she's the only one he feels he can talk to about the whole "Nora situation". Zari assures him that his secret's safe with her and encourages him to share it with the rest of the team. Later on, as Sara briefs them on how they have to go undercover as punks, remarking that it shouldn't be a problem as "everyone left on this ship is a punk". Mick notes that Ray isn't, as Ray's never broken a rule, to which Zari knowingly smirks and looks at Ray, concurring with Mick while giving a nervous Ray a playful pat on the shoulder. They travel to London in 1977, where Ray gets caught up with the band and finds out their magical fugitive is a shapeshifter. When the group hears his rapport on the bridge, Mick mentions that Ray is in deep because he got a tattoo and Zari gleefully turns to Sara, saying she hopes it's a "tramp stamp". When Mick asserts that Ray is in too deep with the group, Sara asks Zari, who stays affirmatively silent. They bring the fugitive Charlie back to the ship, and Ray's been affected by spending time with the punks, mouthing off to Sara. She counters with her knowledge of who Ray is and he obstinately reveals that he released Nora Darhk from the time bureau, to which Zari gives him a thumbs up. Mick says Nora's not gonna sleep with him, to which Ray protests it wasn't his reasoning and Zari makes a 'wellll' face. Ray states his case: that Nora deserves a second chance, and Zari looks at him proudly.[10]

Zari and Ray are off on different missions until Ray gets possessed by Neron and the Legends spend their time trying to rescue Ray. In the end they are successful, but they also manage to prevent the Anti-Metahuman Act from being passed, altering Zari's fate. She hides out on the Waverider in the temporal zone to remain unaffected by the changes, but when Nate dies Zari goes to the Legends to help save his life and her essence is transferred to the Air Totem as the current timeline version of her brother appears as a Legend in her stead.[11] After Ray and Nora marry, they leave the Legends and so, Ray and Zari don't get to reunite when she briefly returns from the Air Totem.

No Country For Old Dads

Zari – “You guys are superheroes?”
Ray – “We actually saved the world. Twice”
Zari – “Then why does it still suck”

A common pairing, which begins once Zari joins the show, as immediately Ray tries to look out for Zari and saves her life. The following the episode Phone Home, in which Zari and Ray's team up, was full of shipping material with Zari and Ray's spending a lot of time getting to know each other and Zari understanding Ray and his background. Shippers also enjoy the contrast between Ray's happy sunshine personality, and Zari's more snarky, serious one.

On AO3, Zaray is the sixth most written ship for Zari. 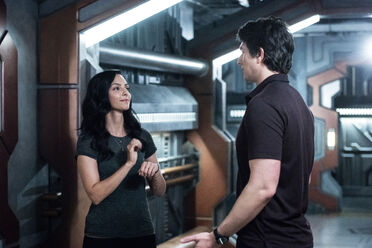 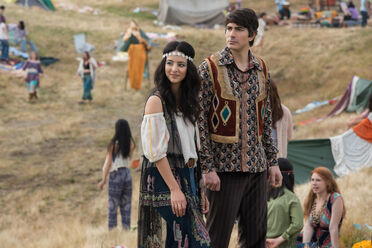 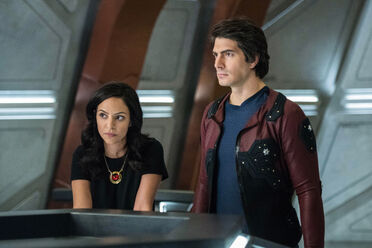 No Country For Old Dads 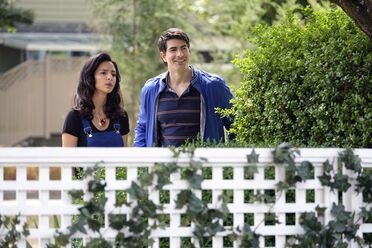 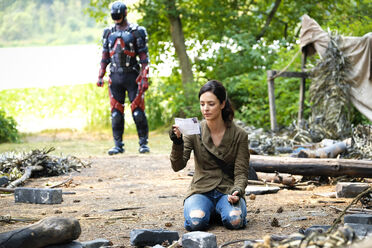 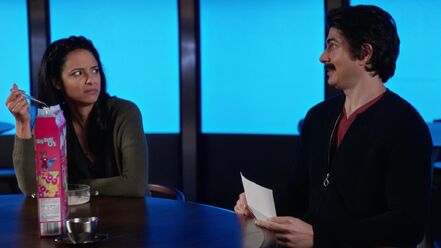 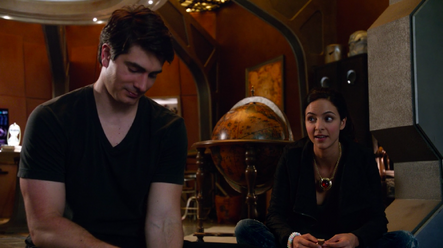