ZhongTao is the het ship between Zhongli and Hu Tao from the Genshin Impact fandom.

Both Hu Tao and Zhongli work at Wangsheng Funeral Parlor as its director and most revered consultant, respectively.

Zhongli mentioned Hu Tao in the third part of Archon Quest Chapter I Act III, referring to her as "Director Hu". Zhongli also wrote in a message on Wangshu Inn Bulletin Board that he should get back to Wangsheng Funeral Parlor after the rain stopped, otherwise Hu Tao may come there to drag Zhongli back herself.

In Hu Tao's Story 2, Zhongli is mentioned to be the person who Hu Tao trusts the most. Hu Tao and Zhongli also have voicelines about each other.

As seen in Character Tales - "Zhongli: An Additional Expense" video, Zhongli has a habit of spending Wangsheng Funeral Parlor's money, so to some extent, Zhongli relies on Hu Tao's financial support.

It could be said that Zhongli was the one who gave rise to the Wangsheng Funeral Parlor at the first place. In the past, Zhongli has killed many gods throughout his conquests in order to make the world more hositable for humanity and unifying the conquered lands into what would later become the country of Liyue. The gods who were killed would later return and causing much griefs and sufferings for the people through various means, one of which was unleashing contagious and deadly diseases, and from that arose the predecesor of Wangsheng Funeral Parlor who tried their best to contain the diseases, partially contributing to cleaning up the aftermaths of the Archon War.

Hu Tao and Zhongli share similar color schemes - dark brown and black colored clothes which blend elements of traditional Chinese and modern Western costumes. Their physical bodies also share several resemblances, such as being among the few characters whose eyes possess exotic pupils, both wear red eyeliners and both of them also possess long, brown hair with gradient color. The hairstyle of Hu Tao's bangs and sidelocks is also almost identical to Zhongli's (Zhongli's bangs pointing to the right while Hu Tao's bangs pointing to the left).

Both Hu Tao and Zhongli are five stars polearm characters, and the damage dealt by their attacks also scales with the total amount of their HP.

Thanks to Hu Tao's HP burn mechanic as well as major damage boost when she's low in HP, Hu Tao could and should constantly be in a state of low HP to achieve peak performance. Because of that, most healers don't work well with Hu Tao as their healing can reduce her damage. Hence this is when characters with shield support come into play, and Zhongli is generally considered to be the best tank and shield bot in the game at the time this entry was first written.

Because of that, people also attribute intimacy to their respective roles in combat, with Zhongli as the solid enabler and defender of the reckless and suicidal Hu Tao.

Overall, the Hutao x Zhongli ship falls into the category of a couple between a mortal and an adeptus/god who can be hundreds or thousands of years old - which is the same case as some canon couples such as Ganyu's parents and Yanfei's parents (Yanfei and Ganyu are hybrids possessing both mortal and adeptus ancestries).

The Blazing Stars Ring in Fortune

As of patch 2.4, we can finally see interactions between Hu Tao and Zhongli in the game. When asked, Ferrylady answered that they were "going for a walk". Hu Tao and Zhongli could be found at Third-Round Knockout as they were sampling Xiangling's new dishes. They both praised Xiangling's culinary skills, and Zhongli even briefly broke his usual solemn demeanor when he poke fun at the infamies which Hu Tao had accrued in Liyue Harbor - the humorous side of Zhongli which he rarely ever shows.

Hu Tao referred to Zhongli as "our good consultant" and mentioned that she was going on a business trip together with Zhongli. Then Hu Tao told Zhongli to come get her when he had finished advising the Traveler who sought him to ask about Keqing.

The Stars Inscribe the Year's Wishes

Later on, in the cutscene which concluded the main plot of the event, Hu Tao pranked Zhongli with her signature trick: creeping up behind Zhongli, and attempted to surprise him by patting his left shoulder and saying "Boo!" loudly while emerging on the right side of Zhongli. Then they gleefully watching fireworks together and Hu Tao notified Zhongli about an unique firework which exploded into the shape of a pig.

Surrounded by the Aroma of Tea

In this bartender-esque event when the Traveler worked at Angel's Share, they were visited by Zhongli who came all the way to Mondstadt to order a drink. After having his fill of Misty Garden tea, instead of paying for the bill with his money, Zhongli instead asked Traveler to "Just put it on Wangsheng Funeral Parlor's tab, as usual", which indicated that either Zhongli was so close to Hu Tao at this point that she was willing to pay for whatever Zhongli purchased without any repercussion, or Zhongli managing Wangsheng Funeral Parlor's funds together with Hu Tao so he could use its budget to pay for his expenses. Both aforementioned scenarios taking the trust and/or love which Hu Tao reserves for Zhongli to another level.

“Zhongli looks young, but his personality is a bit dusty. Knows everything, but doesn't fret over anything. Hmm... Couldn't be that he's a...Hehe, forget it, whatever.”
— Hu Tao's Voiceline about Zhongli

“The current overseer of the funeral parlor? Ahem. I cannot deal with that child.”
— Zhongli's Voiceline about Hu Tao

“I should be getting back to the Wangsheng Funeral Parlor after the rain stops, otherwise Director Hu may come drag me back herself.”
— Zhongli's message on the Wangshu Inn Bulletin Board

“I'm afraid I must leave now to handle things back at Wangsheng Funeral Parlor. I hope that Director Hu has been able to keep things under control for the moment.”
— Zhongli's dialogue in third part of Archon Quest Chapter I Act III

“Though that walking encyclopedia Zhongli would no doubt have a completely different explanation...”
— Hu Tao's dialogue in Character Teaser - "Hu Tao: Scared Yet?"

“Oh, you know Zhongli? Well! That saves me a lot of explaining.”
— Hu Tao's dialogue in first part of Hu Tao Story Quest Act I

“It would be best not underestimate someone as whimsical as her. However, should you enjoy surprises, then I believe a visit is in order.”
— Zhongli's remark in Hu Tao's introduction on official twitter as well as forum

This ship appeared shortly after Hu Tao's model was leaked, when very little was known about Hu Tao's relationships beside voicelines, dialogues and memos of various characters about her. Since Hu Tao is Zhongli's boss at Wangsheng Funeral Parlor, Zhongli was assumed to have a relationship with Hu Tao.

The ZhongTao ship is generally seen as an example of the common "tall boyfriend x short/petite girlfriend couple" motif in films, mangas, animes, light novels .etc - in the same vein as the Chilumi, Thomaya and Ittomiya ships.

People generally find the dynamics of their relationship to be entertaining, or at least comedic. Considering that Zhongli (as Morax) is an extremely popular and respected deity gifted with exceptional strength and abilities whose contributions are unrivaled in Liyue, yet he works as a mere employee of an eccentric young human lady.

Zhongli usually forgets to bring money with him and also canonically spends mora of the Funeral Parlor at his discretion, meanwhile Hu Tao has the final say when it comes to the budget of Wangsheng, so Zhongli is occasionally depicted as relying on Hu Tao to fund his spending spree - similar to the fanon depictions of the relationship between Zhongli and Tartaglia (aka Childe), but to a much lesser extent.

Hu Tao is often portrayed as the dominant/assertive one in their relationship, which is one of the major appeals of this ship. Having a whimsical human girl pranking and bullying the solemn Geo God of Liyue who is helpless against her for some reason - gap moe and hilarity ensues.

It’s also quite common for people to view and portray Hu Tao & Zhongli as found family.

One of the more frequently employed themes of the Hu Tao x Zhongli ship is the opposite of the romantic comedy theme mentioned above: angst, and it's partly thanks to the nature of Hu Tao's and Zhongli's jobs (as well as their associated connotations) at the Wangsheng Funeral Parlor.

From its inception, Hu Tao/Zhongli ship has spawned one of the most user-generated contents (fan arts, memes...) in total among all of ships which involve Hu Tao.

It should be noted that Hu Tao playerbase overlaps big time with Zhongli playerbase, so it's expected that those players would feel attached to those two characters, as well as tolerating the relationship between them.

All and all, Hu Tao and Zhongli are considered to complement each other very well, whether in gameplay or lore. 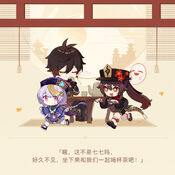 Official art on the Mihoyo forums 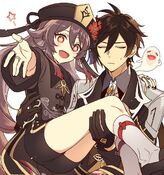 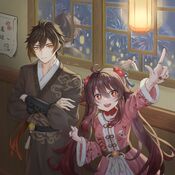 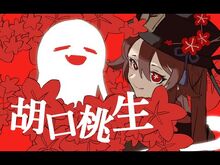 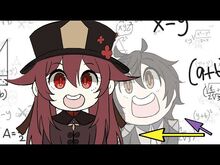 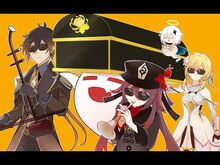 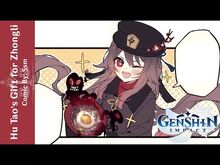 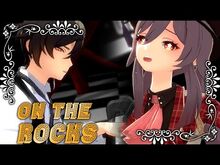 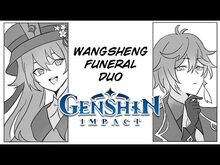 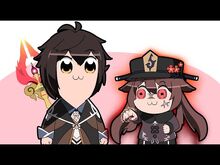 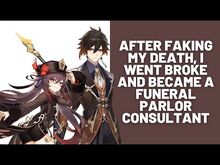 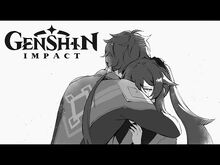